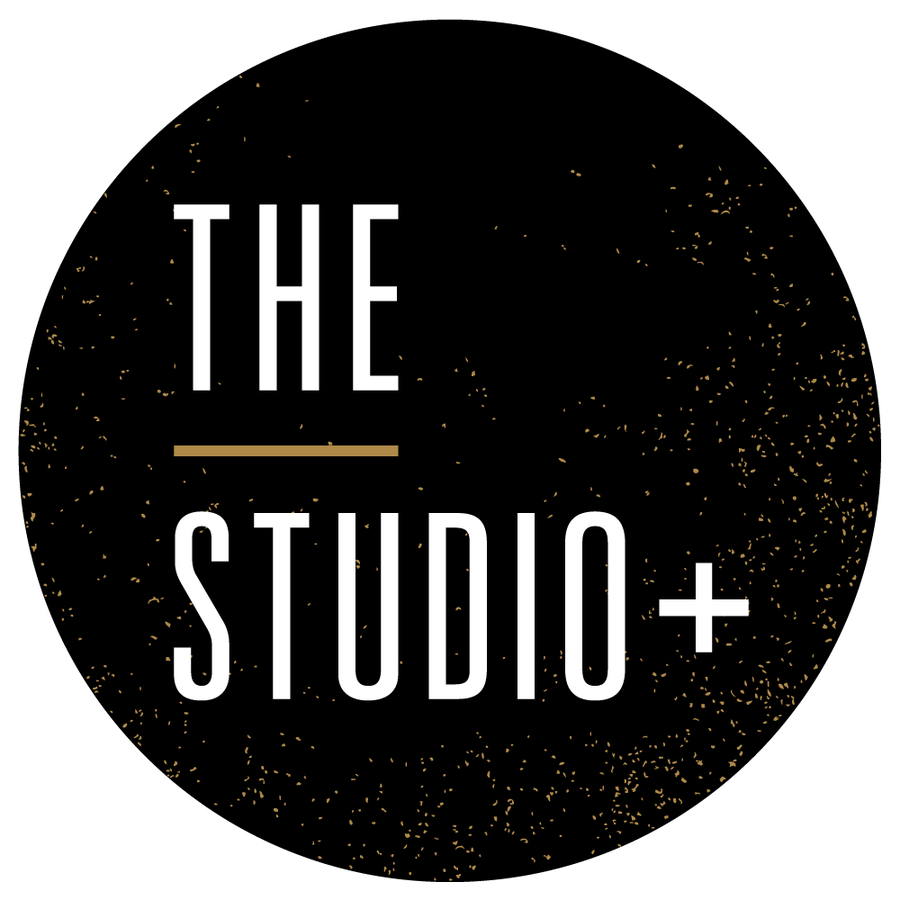 OFFERING LIVE AND ON DEMAND CLASSES 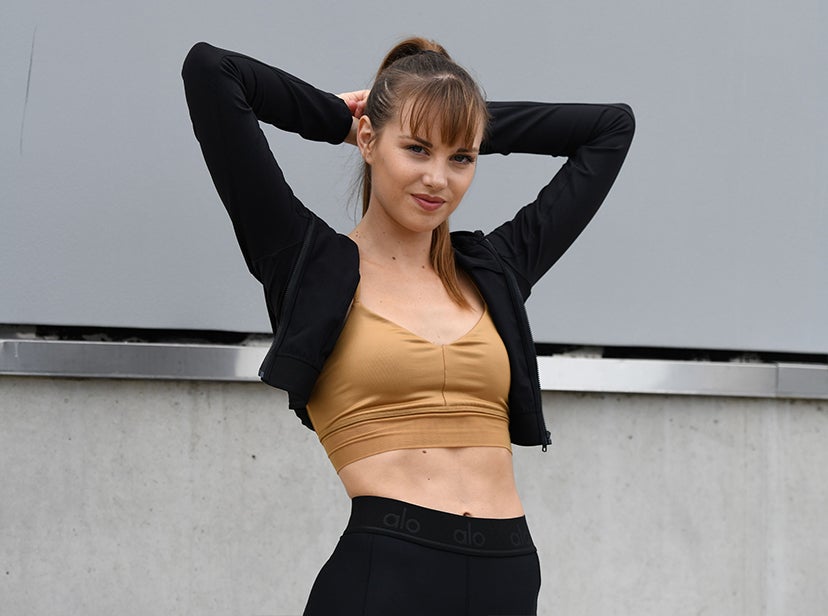 We offer daily classes and unique methods that were created in NYC.

All our classes are carefully conceived using an expert knowledge of ballet, yoga, pilates and fitness.

Our clients are busy: we now offer a mix of Live and On Demand classes daily. 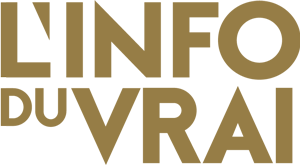 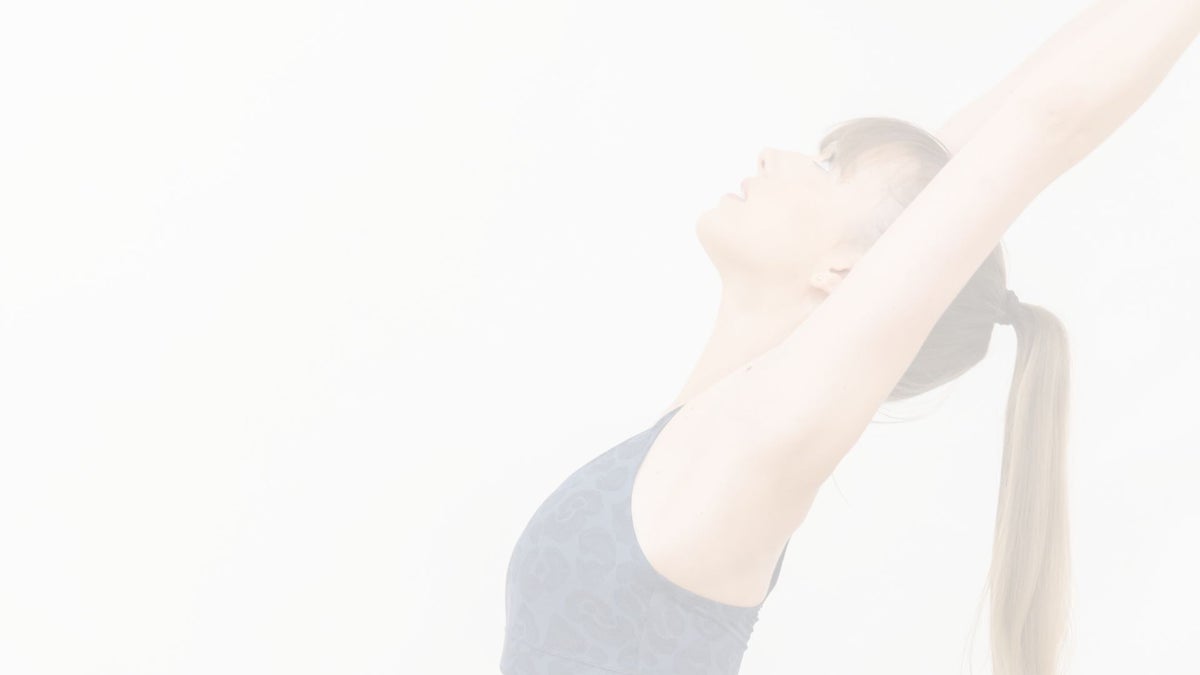 This class combines power yoga that New Yorkers love, with core work, cardio and dance.You’re in for a very dynamic flow, on an upbeat electro playlist: a high-power vinyasa class, which will make you see yoga in a whole new light! 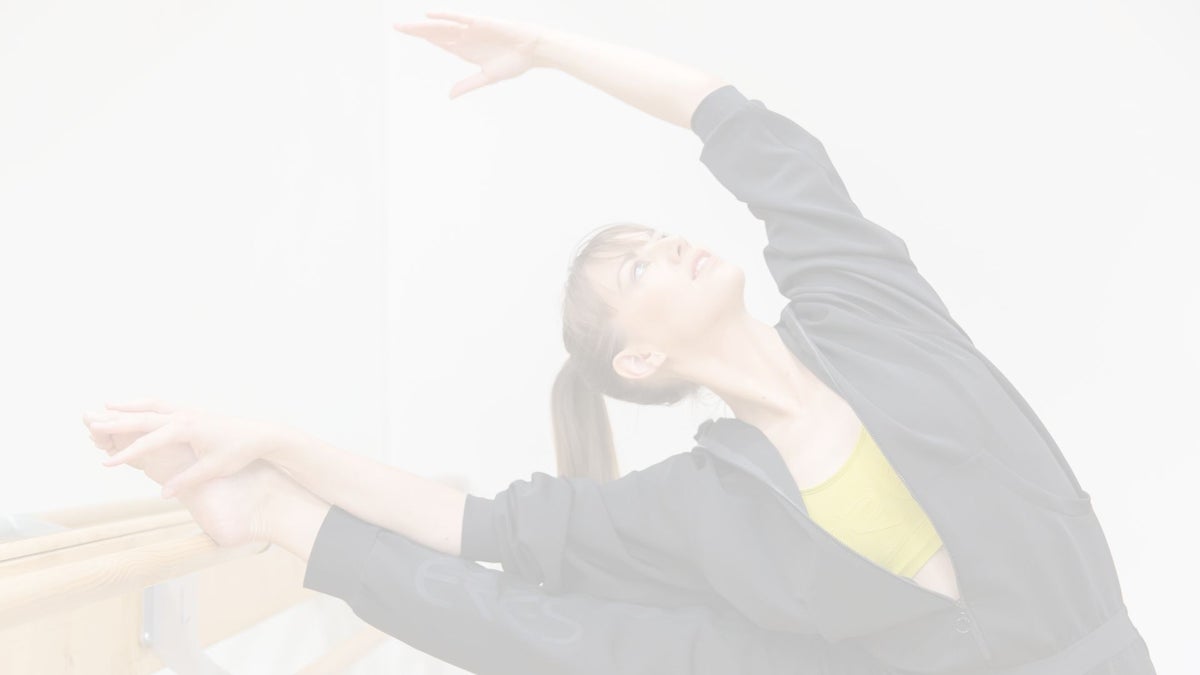 A conditioning class that combines the benefits of Ballet, Pilates, and Cardio, all on a fun and super-dynamic music. You’ll discover muscles that you didn’t know existed: this class works all parts of the body, making it a complete and balanced exercise. 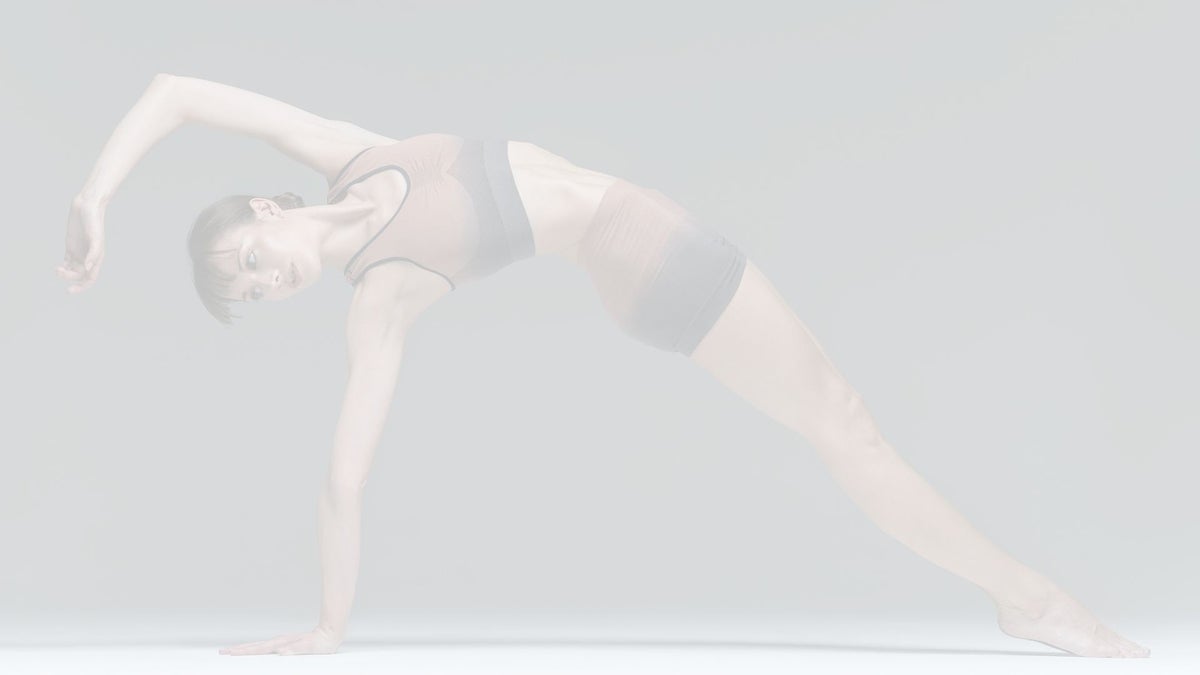 Sculpt a lean, long body with this cardio-conditioning workout, a mix of ballet-inspired and HIIT moves. This exclusive method will surely make you sweat, and help you get that body you always wanted. 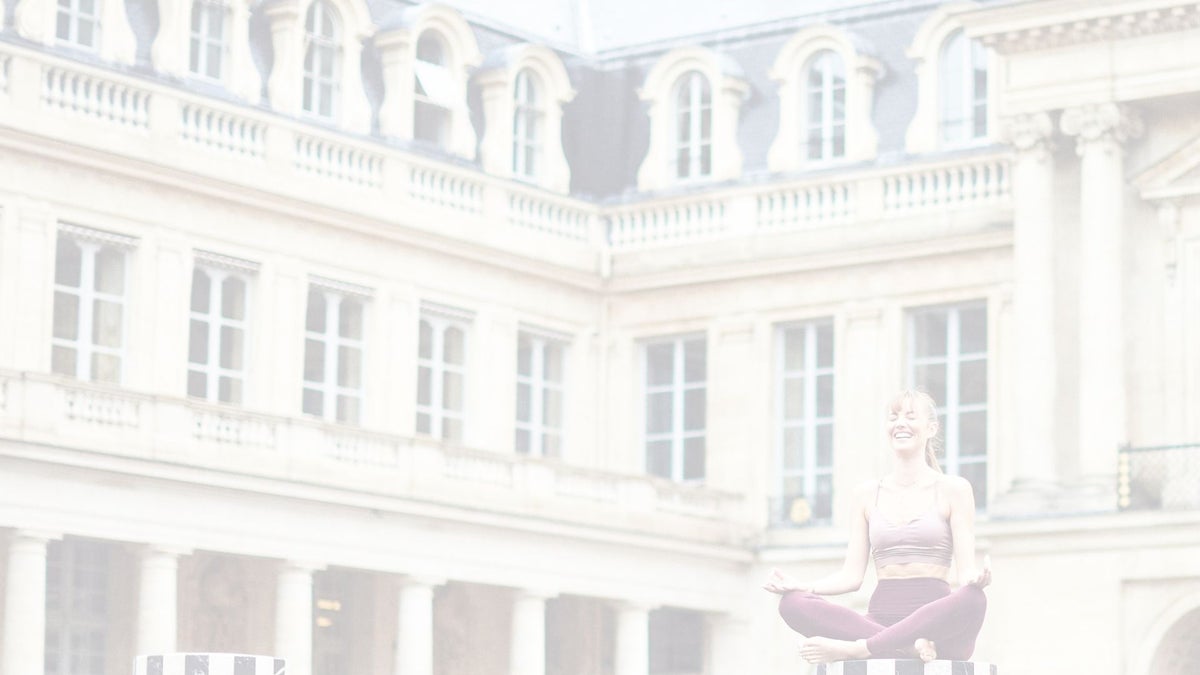 This class begins with a fiery Yang (Vinyasa) practice to build heat in the body. This heat prepares the body to then melt deeply into 30 minutes of Yin yoga (restorative, deep release). The perfect mix of challenge and relaxation! 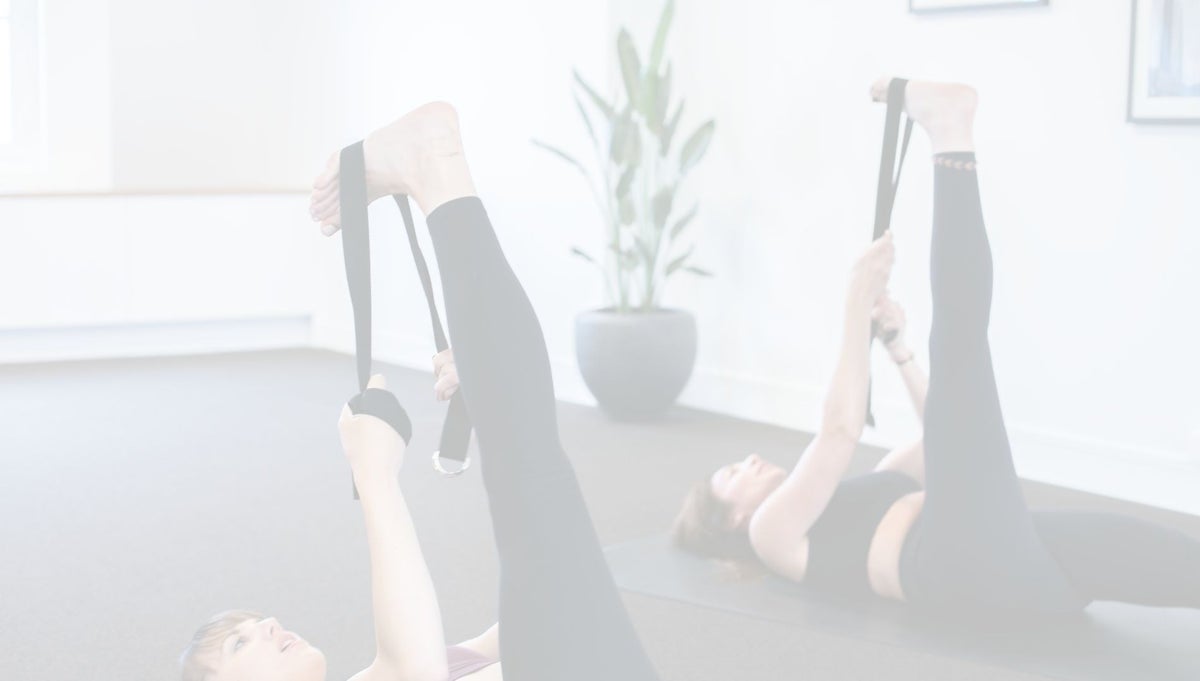 The best way to unwind and take care of your body. Just grab a strap (or belt), some blocks (or books), and you’re ready for the best 45 minutes of your day.

Start your day off right! Wake up with the perfect morning yoga flow. This fun vinyasa class will energize your mind and ease you into your body to set you up for a day of success. When your mind is clear and your body feels strong, you can focus on what really matters. Our signature cardio dance class, with an 80s twist ! Come experience this super fun class on an 80s playlist, and be ready to leave the class feeling like Jane Fonda. You have never done ballet but always wanted to try? Did you dance a long time ago and would like to review the basics? This workshop is made for you! “Ballet Basics” is a classical ballet workshop for beginners. We address the basics (positions, steps, and ballet terminology), move through a full barre (from pliés to grands battements), and finish with some floor stretches. Finally time to let your inner ballerina shine! Get ready to work on your pliés and relevés, but also on your abs and your glutes in this ballet-inspired conditioning class. The music is fun and upbeat, and as always in Julie’s class: here, it’s good vibes only! 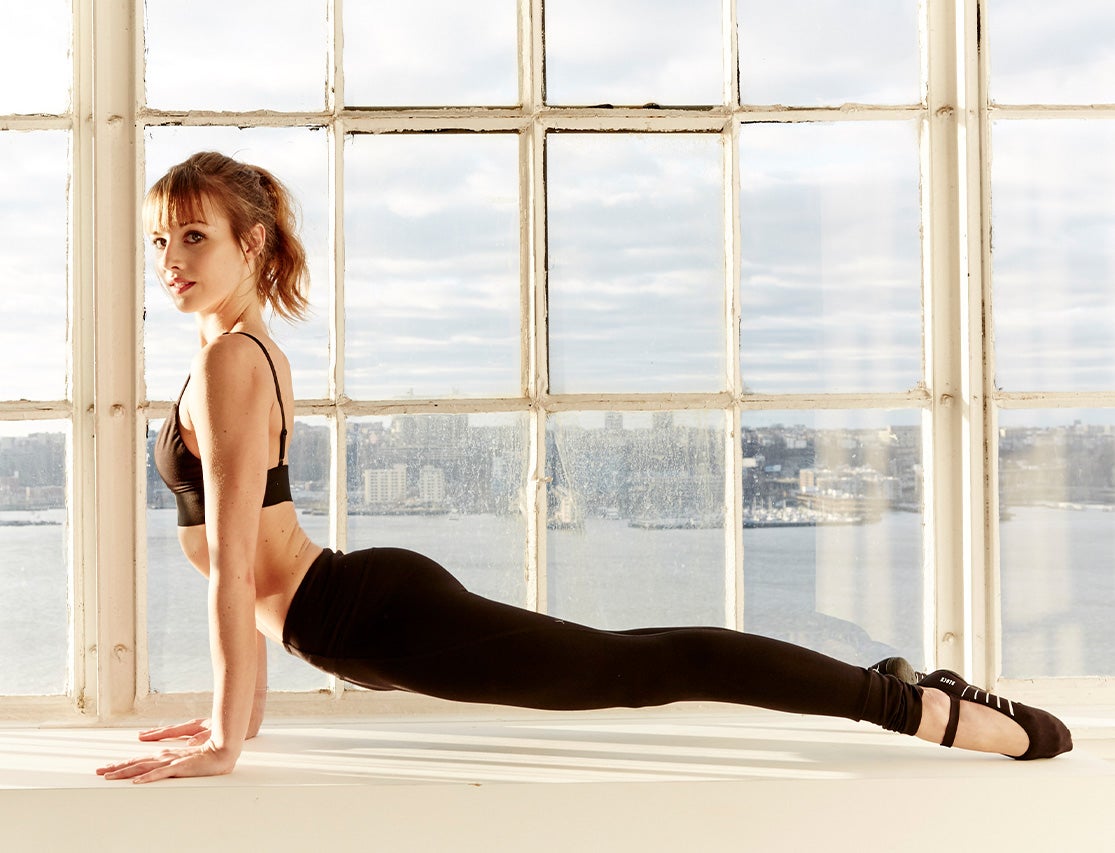 A French-American citizen, Julie leaves Paris for the US at age 18 to train with Boston Ballet and Joffrey Ballet (Chicago).

Because of an injury, Julie retired early from her ballet career, and moved to NYC where she got a BBA in Entrepreneurship from Baruch College, while getting her RYT-200 Yoga Certification with Pure Yoga and operating the ballet school she founded. Later on, Julie became a certified Equinox Barre Instructor and ISSA Personal Trainer.

One of Equinox’s most sought-after Instructors, Julie would give over 30 group classes to over 500 clients a week in both NYC and The Hamptons, while being a fitness model with Wilhelmina. During that time, she appears in Vogue Italia, Dance Magazine, Forbes, Hypebeast, and works with brands like Asics, Repetto, Bloch, and is also the face of “The Muse” campaign by Equinox.

Later, Julie moved to Berlin, then to Paris, where she opened The Studio, the first American-style boutique fitness studio right in the center of Paris in 2020.

WE’RE JUST AS CLOSE AS YOUR PHONE OR TABLET. JOIN A CLASS ANY TIME… WE’RE ALWAYS WITH YOU!

Purchase 1 year and save 2 months